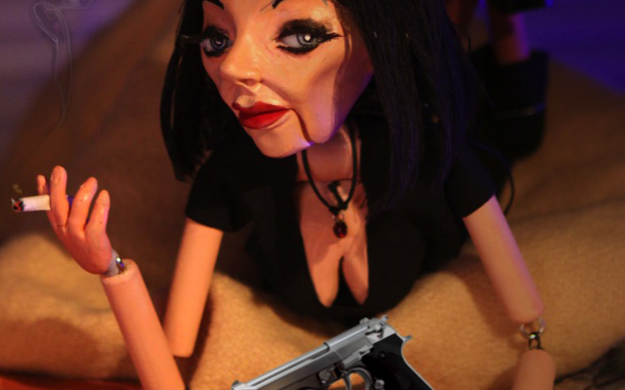 Jon Coddington emerged like a bronze butterfly onto the Wellington theatre and art scene after defeating the Bachelor of Performance Design, hailing from Toi Whakaari: NZ Drama School, and Massey University. Since then he has gone on many adventures, in the realms of theatre, film, animation, puppetry, and illustration.

Recently, his puppetry work has gone all over the place, from a stint working with the Police (Force, not Sting), to a highly successful tabletop marionette show, Puppet Fiction, staged at The Pit Bar at Bats Theatre. This show was a puppetry-parody of the 1993 film Pulp Fiction, and went on to win the NZ Fringe Festival Award for Best Production Design. In future he plans to develop more work for children, stage more bombastic shows, and venture forth into stop-frame animation.

Jon has always felt a furry feeling within him, and he now feels the badger within has finally come home.